After two of the driest years in decades, many of California’s reservoirs are expected to reach record-setting lows this summer, four years after exiting the state’s most recent drought emergency. Lake Oroville, the second-largest reservoir in California, stands at about 37 percent of its capacity. Governor Gavin Newsom has declared a drought emergency for most of the state, while farmers are working to cope with the lack of irrigation water, and fire crews are preparing for a potentially disastrous fire season.

Terra Nil Is A City-Builder Where You Rebuild A Shattered Environment by Luke Plunkett
Tuesday June 8th, 2021 at 12:01 AM

While most city-builders pitch themselves as something idyllic, all blue skies and green grass, the upcoming Terra Nil for the PC goes in a slightly different direction, giving you a world that has suffered environmental collapse then asking you to clean it up a bit.

Dragon Quest III Getting Another Remake, And It Looks Glorious by Brian Ashcraft
Thursday May 27th, 2021 at 1:24 AM

Over the years, there have been a number of Dragon Quest III. Add another one to the list. 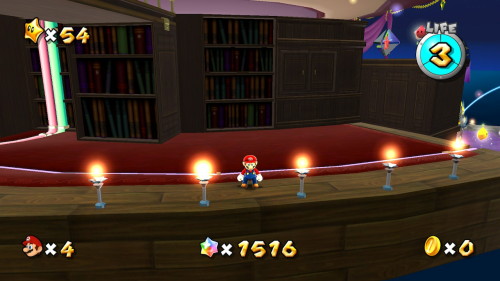 On the Comet Observatory in Super Mario Galaxy, there is one decorative light that is brighter than every other light around the perimeter of the observatory (immediately to the left of Mario, compare to the other lights in the image). This is actually the result of an error where two light objects were put into the scene at the exact same coordinates, together appearing as a single brighter light.

Ratchet & Clank: Rift Apart Comes With A Huge List Of Accessibility Options by Ian Walker
Thursday May 20th, 2021 at 11:15 PM

When Ratchet & Clank: Rift Apart arrives on PlayStation 5 next month, it’ll do so with an extensive suite of accessibility options, designed to help folks enjoy the game no matter their personal limitations.

A few years ago I started making Twitter bots as a weekend creative coding hobby, developing a dozen or so through 2015-2016. I’ve more recently developed a keen interest / anxiety around climate change, and have been reading various popular books on the subject. Last weekend, I combined those passions and created a new bot: @ClimateClockBot.

Recognizing the niche appeal of such an endeavour, I’d like to take a moment to expand on why I think bots are interesting and what I hoped to accomplish with this project.

The model and data for this bot are provided by the Climate Clock project’s API.

Their countdown time is based on two pieces of data provided by the IPCC. As of 2018, the world has a remaining budget of 420 gigatonnes of CO₂ for a 66% probability of remaining under +1.5˚C global average temperature. This budget is being depleted by emissions at a rate of 42 ± 3 gigatonnes of CO₂ per year. Putting these two together, scientists predict that the world will overshoot this limit around the beginning of 2028.

The renewable energy percentage is based on the “Our World In Data” open source database. According to their model, renewable energy provided 11.41% of global energy consumption in 2019. The annual growth is assumed to be 5.655%, which is the average growth rate in renewable energy share from 2016-2019. This rate is continuously updated with new yearly data in the Climate Clock API.

I believe the Climate Clock is designed very intentionally in a way that overcomes certain roadblocks in engaging a general audience on the topic of climate change. I’d like to break down some of these design considerations, and how I have attempted to echo these aspects with my Twitter bot.

(Quoted sections below are from the excellent book “Don’t Even Think About It: Why Our Brains Are Wired to Ignore Climate Change” by George Marshall.)

Framing it in the present

“[…] the greatest salience belongs to threats that are concrete, immediate, and indisputable—for instance, a car out of control driving right at you. By contrast, climate change is […] abstract, distant, invisible, and disputed.”

Climate change is a worldwide, complex, systemic issue. So big and complicated, in fact, that it’s susceptible to being limited by framing. In the media, the most pernicious problem is framing climate change as a future problem. For instance, consider headlines about government targets for “net zero emission by 2050”, or popular science reporting with maps of which cities could be underwater by the end of the century. Neither of these are factually incorrect, but the time horizons are distant to the point of being emotionally irrelevant.

A related problem is “narrative fidelity”. Human cognition internalizes complex issues as narratives. The long delay between CO₂ emissions and the resulting temperature changes are disconnected from our intuitive notions about cause and effect. Yet climate science tells us with high confidence that if we overshoot certain thresholds of CO₂ (in the present), the average global temperature will eventually increase to +1.5˚C (in the future). The exact speed of that change and the specific weather patterns that will result are more difficult to forecast with precision, but we know that the full effects of today’s emissions will be felt long after they are created.

“We interpret climate change through frames, which focus our attention but limit our understanding—they allow us to exclude or ignore meanings that lie outside the frame.”

The Climate Clock project reframes the conversation and centers it on the near term: at our current emissions rate, we will overshoot the +1.5˚C threshold in 6.5 years. Our actions in the here and now (cause) are creating an existential threat for human civilization (effect). We have a narrow window to act. It’s an immediate problem. It’s a climate emergency.

Given that the Climate Clock already exists as a website that people can visit, what is the benefit in providing the same information from a Twitter bot? 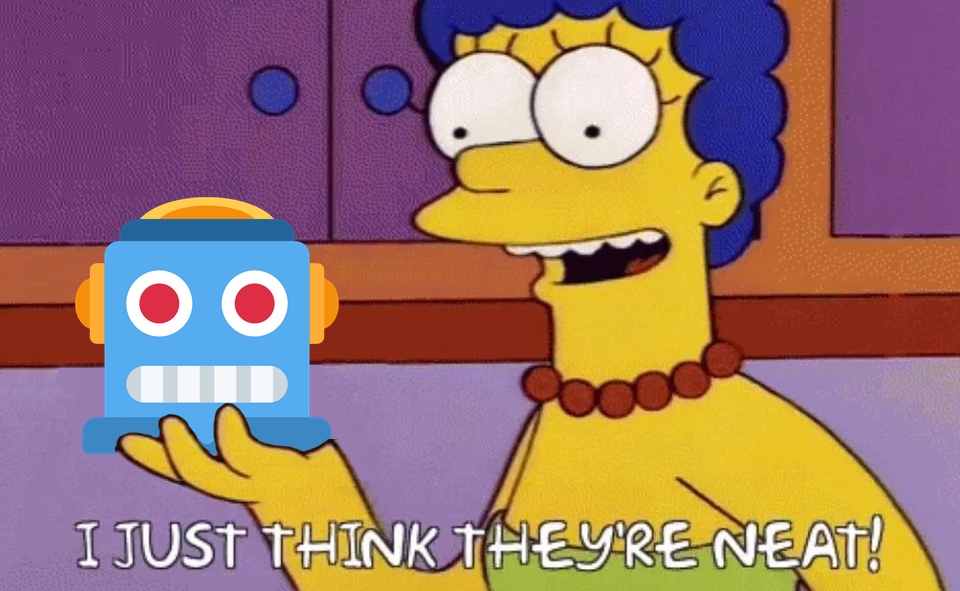 “When we become aware of the issue [of climate change], we scan the people around us for social cues to guide our own response: looking for evidence of what they do, what they say, and, conversely, what they do not do and do not say. These cues can also be codified into rules that define the behaviors that are expected or are inappropriate—the social norm. If we see that other people are alarmed or taking action, we may follow them. If they are indifferent or inactive, we will follow that cue too.”

While our personal reaction to climate change is determined in some part by our individual understanding, it can be constrained by the context of the society we’re embedded within. Human cognition is heavily influenced by “peer pressure, trusted communicators, social norms, and in-group loyalty”.

It’s therefore critical that the conversation around climate change happens on social media, where we soak up what everyone else is talking about. Seeing your peers engaging with the topic (by sharing a tweet from @ClimateClockBot, for instance) helps position it within the “norms of attention”, which are “the social rules that define what is or not acceptable to recognize or talk about.”

Mounting physical Climate Clocks on the sides of big buildings leverages this social dynamic to bring the conversation about carbon budget and overshoot into public spaces. My hope is that a Twitter bot achieves the same thing in the digital public sphere.

“We are very well adapted to respond to immediate threats but slow to accommodate moving change. Climate change is a process, not an event, so it requires that we RECOGNIZE MOMENTS OF PROXIMITY that can demand attention.”

Regular updates about climate data can also create interesting juxtapositions with the other posts on your Twitter feed. This type of “context collapse” is usually considered a negative for social media, an anxiety-inducing superposition of small and large social circles. In this case, the goal is to highlight connections between local events (wildfires, floods, storms, and droughts) and long-term climate trends that increase their likelihood and damage. Moments of proximity can help focus our event-centered mind on nebulous slow processes.

One of the interesting properties of Twitter bots is simply watching their behaviours play out over a long period of time. Noting when @everyword reaches a new letter of the alphabet, or when @NYT_first_said records some neologism’s ascent into the paper of record. If “the medium is the message”, then it’s worth considering what and how the slow background trickle of a Twitter bot is structurally communicating.

“So climate change is a future problem. But it is also a past problem and a present problem. It is better thought of as a developing process of long-term deterioration, called, by some psychologists, a “creeping problem.””

As a communication medium, the slow drip of a Twitter bot mirrors the gradual accumulation of greenhouse gasses in our atmosphere. Both are experienced as background information in slow real-time, but milestones focus our attention.

When we notice that the remaining carbon budget has fallen below 200 gigatonnes for the first time, we can reflect on that experience. How long ago was it above 280 gigatonnes? What did that passage of time feel like? How many of those periods remain until overshoot? Are we moving fast enough to fix this?

“In real life, it seems that the most influential climate narrative of all may be the non-narrative of collective silence.”

Creating this bot was part of a larger goal that I would like to integrate into my personal creative practice. The problem of fighting climate change begins with the problem of getting people to learn and care about climate change. We need game designers to help people play and engage with complex systems. We need storytellers to translate slow processes into digestible and resonant narratives. We need artists of all types (bot makers included) to engage with climate change in their art.